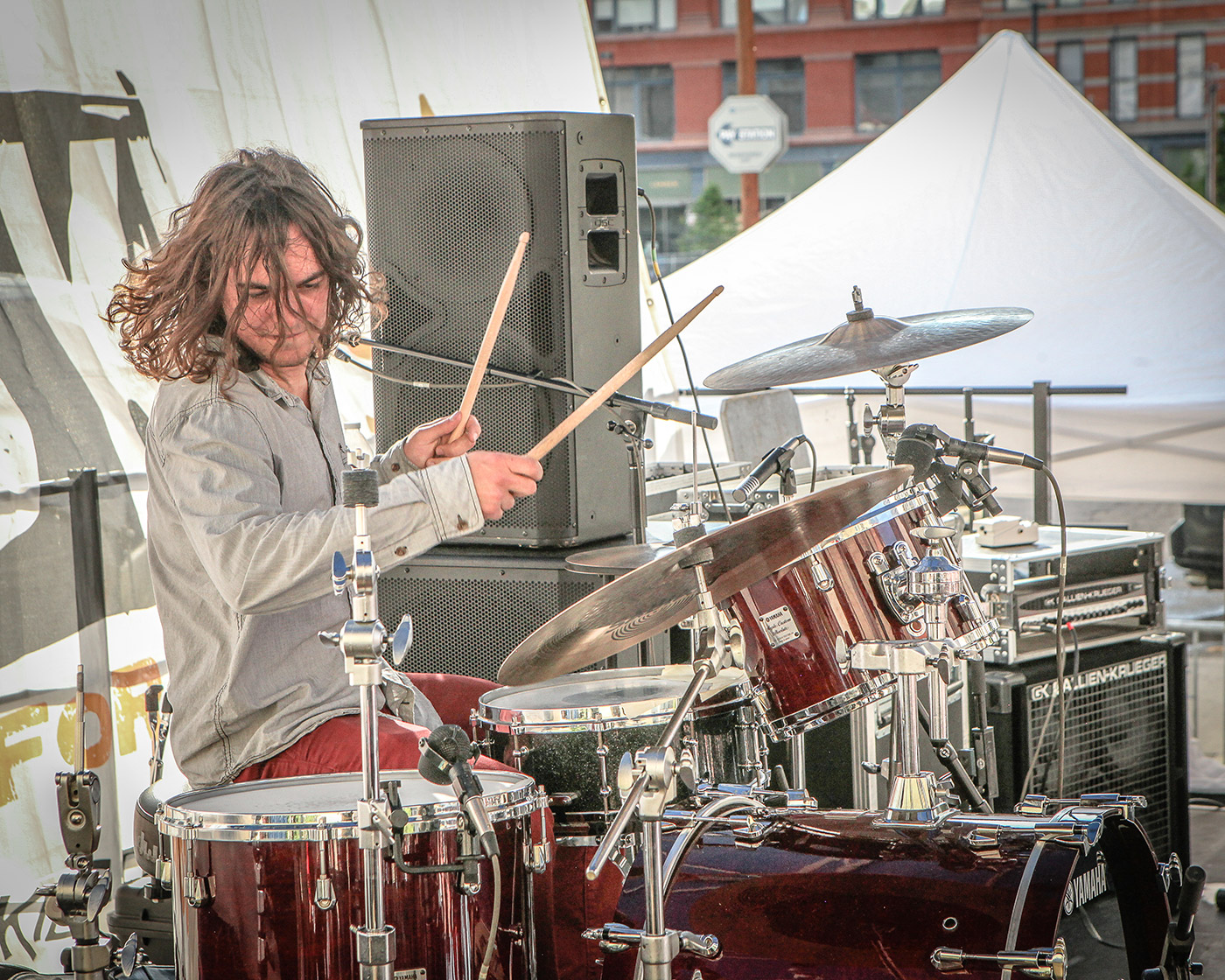 Starting on his father’s vintage Ludwig kit, Forrest Raup fell in love with the drums at an early age, inspired by the sounds of Led Zeppelin, The Beatles, and the Jimi Hendrix Experience. Growing up in Boulder, Colorado, Raup quickly took to performing with professional musicians in his hometown. Playing with a multitude of bands spanning a wide array of genres, Raup performed at premier venues throughout Colorado in his teen years. At 18, Forrest moved to Boston to attend the acclaimed Berklee College of Music, where he studied drum set under Rod Morgenstein (Winger, Dixie Dregs) as well as other esteemed educators. Since returning home to Denver, Forrest has embarked on multiple nationwide tours, provided session work at some of Colorado’s top studios, and established himself as a sought-after drummer in the Colorado music scene.