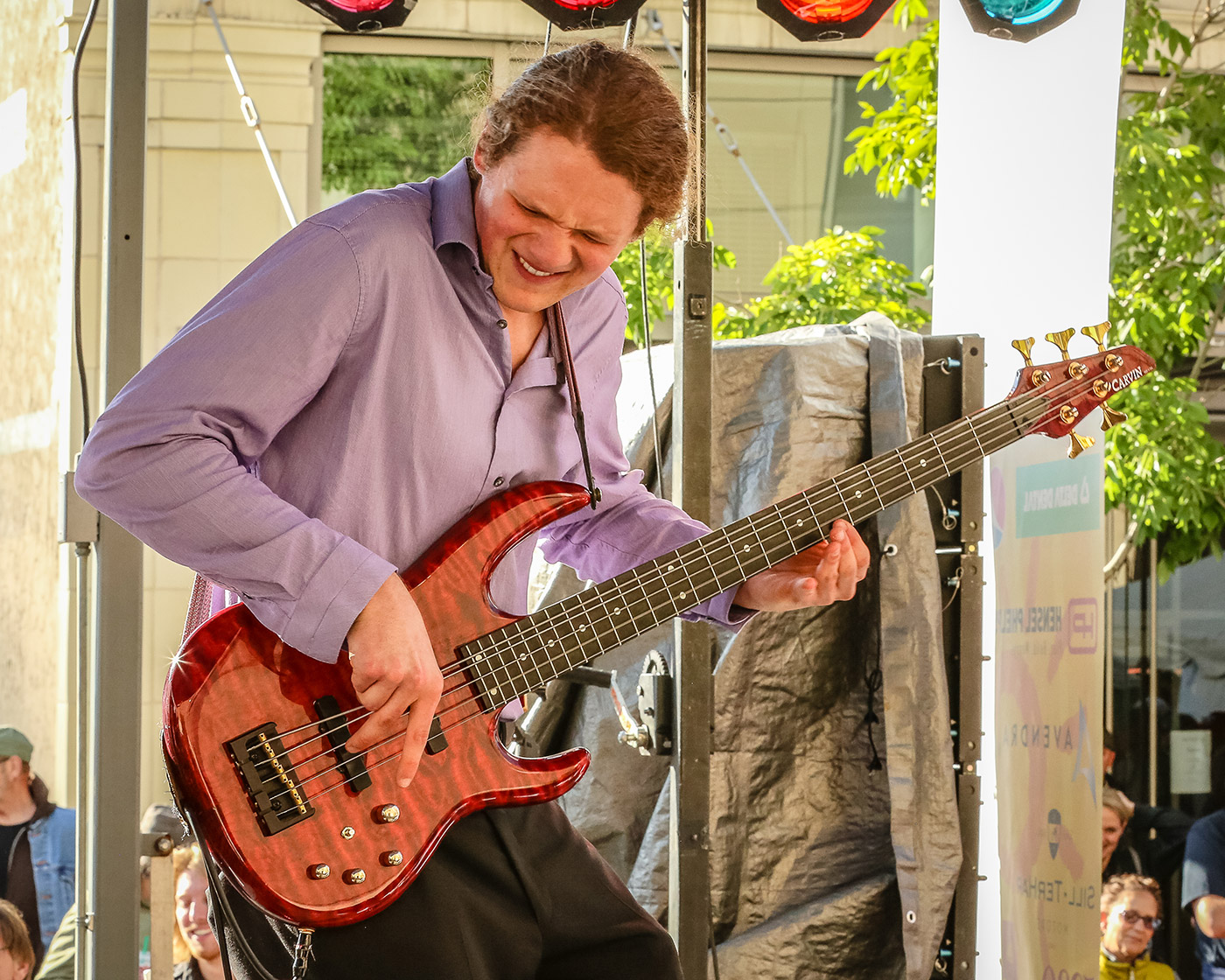 With a deep affection for Blues, Rock, Jazz, Hip-hop and Reggae music, Alex Goldberg picked up the electric bass guitar and soon began playing venues in the Colorado Springs area, opening up for Tribal Seeds, The Skatalites, Stick Figure, and other national touring bands. Goldberg’s love of the bass led him to recently obtain a degree in Bass Performance at the University of Colorado Denver. Over the years, Goldberg played music with lifelong friend, Austin Young, a connection that culminated in Alex joining the Austin Young Band in 2013.

As the bass player for the Austin Young Band, Goldberg has opened for countless national and international acts, performing at various festivals and venues throughout the country. In 2016, he appeared with the band on Joe Bonamassa’s Keeping the Blues Alive at Sea cruise. Along with Young, Goldberg co-wrote many of the songs on the band’s 2016 album, “Not So Simple”, and is currently helping write songs for the band’s upcoming release. When not performing with the Austin Young Band, Goldberg works on other projects in genres as diverse as Folk, Neo-Soul, and Worship music. Alex Goldberg’s diverse musical background and influences bring a unique flavor to the high-energy sound of the Austin Young Band.